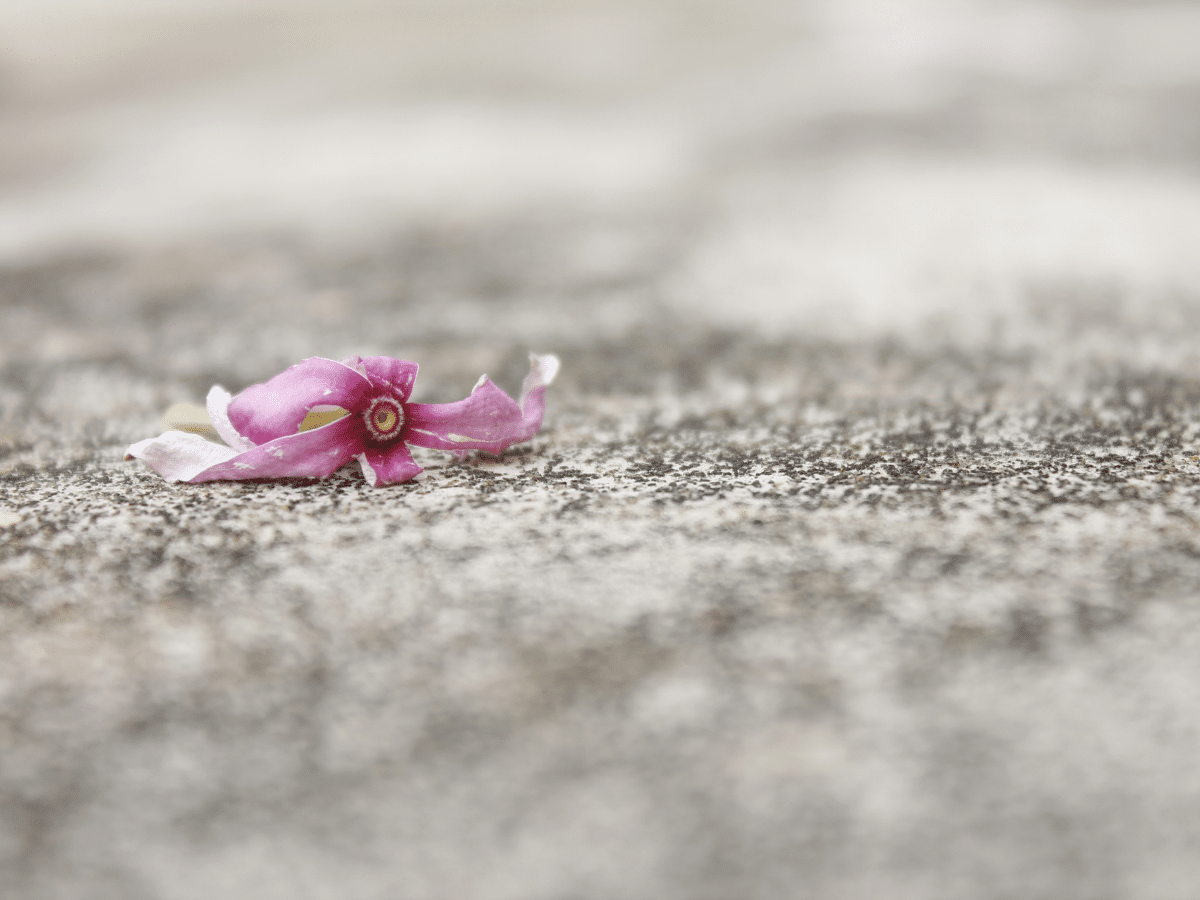 “Aren’t you glad it’s over?” someone asks.

How do you answer that?

Because, I mean, you ARE glad you no longer have to live under the same roof with someone who treats you like roadkill. Yes. You’re not going to miss the criticism, gaslighting, and subtle jabs. You’re relieved to be able to be yourself, make your own decisions, and heal in a safe space. Sure.

But are you glad the marriage is over? Are you glad to say goodbye to the man you loved? The man you believed could grow into his potential? The man who could be amazing at times?

No. You’re not glad about that. In fact, you’re sad. Even devastated.

And it feels horrible.

I remember at one point toward the end of my former marriage, shortly after my husband and I had gone through a private two-day marriage intensive, we took a drive through the city of Minneapolis to get some ice cream and talk. We stopped at one of our favorite ice-cream shops, a small hole in the wall on Cedar Avenue near Lake Nokomis Park, where we made our selections and sat on a bench to eat.

I remember feeling overwhelmed with hope and love and the distinct belief that this moment was special. It was going to mark the beginning of the next chapter of our lives. The chapter I had been praying for and dreaming of for twenty years. I struggled to keep back the flood of joyous tears. And because I was so present in that moment—so connected—that moment was seared in my memory.

Say something, I’m giving up on you

I’ll be the one if you want me to

Anywhere, I would have followed you

Say something, I’m giving up on you

And I am feeling so small

It was over my head, I know nothing at all

And I will stumble and fall

I’m sorry that I couldn’t get to you

Anywhere I would’ve followed you

Say something I’m giving up on you.

And I will swallow my pride

You’re the one that I love, and I’m saying goodbye

And I’m sorry that I couldn’t get to you

Anywhere I would have followed you

Oh-oh, say something I’m giving up on you

My husband moved out that fall at my request, shortly after our oldest son got married. During this period of time, I was in emotional freefall, and I didn’t know if I could survive the onslaught of fear and wild grief that seized my body almost daily.

I was on my own. Nobody likes a girl who asks her husband to leave, and I felt disdain from every direction. My kids were confused and sad. My church was shocked and annoyed. My family of origin was disappointed and judgmental.

I felt like I had chosen a path that led me straight into the desert to die a slow, desolate death. Alone.

We were separated almost two years before I pulled the final plug and filed for divorce. During those two years, I entered into the full experience of grief. I allowed myself to howl raging sadness into my pillow at night after putting the kids to bed. I let the grief shake and pound through my body, searing pain in every cell.

I thought “Here’s the part where I will just have to be a receptacle for pure pain.” And I decided to be all in on that pain because I knew what was on the other side. I could not see or feel what was on the other side during those two years. I just believed that God, who had helped me so many other times in my life, would bring me out to a spacious place one day. I chose to trust Him and allow the pain to be my teacher for as long as it took.

“You who have shown me many troubles and distresses Will revive me again, And will bring me up again from the depths of the earth.”

I loved my first husband. Fiercely. I still do. I mean, I hate the choices he continues to make. I hate his behavior. I hate the way he still treats me sometimes. But I know that man like the back of my hand, and I know who he is, deep inside, behind the thick wall of defense he hides behind, hurting himself and everyone around him in the process of ensuring the wall stays put.

And that person was Natalie.

During those two years of floundering in a tsunami of sorrow, I came face to face with a little girl named Natalie who had been mistreated, ignored, misunderstood and gaslighted her entire life. And she was precious. At first, I didn’t think so. But I worked on it, and I grew to love her.

And one day I looked in the mirror and said, “Natalie, you don’t ever have to worry that nobody has your back ever again – because I’VE GOT YOUR BACK NOW. And I promise, I always will. I’m going to take care of you from now on. I’m going to learn how to love you just the way you are. I’m going to give you what you need to heal and grow and thrive.”

I have kept my promise to myself.

It’s Okay to Be Sad

Are you facing the end of a long-term, emotionally abusive marriage? Or maybe you’ve already filed for divorce, and you’re experiencing the lonely fallout.

Don’t fight the feelings. They are there for a reason, and they are part of your transformation process.

It hurts to work out, but when you do, your muscles and bones get strong.

It hurts to be pregnant and give birth, but when you do, you bring new life into the world.

It’s uncomfortable to start a new job, go back to school, meet new people, and start over, but when you do, you change and enter into a new chapter of your life.

“This is the part where I feel afraid.”

“This is the part where I feel sorrow.”

“This is the part where I feel anxious.”

“This is the part where I feel angry.“

Feelings can’t kill you, so let them come. When we fight and resist them, we make them more powerful. More painful.

What if we could just make friends with the sadness and accept that she is going to walk with us for a while?

If you need help clearing up all the confusion you feel…

Then you would fit right in with me and hundreds of other Christian women inside Flying Free.

Because I believe this is not the end of you. This is the beginning.