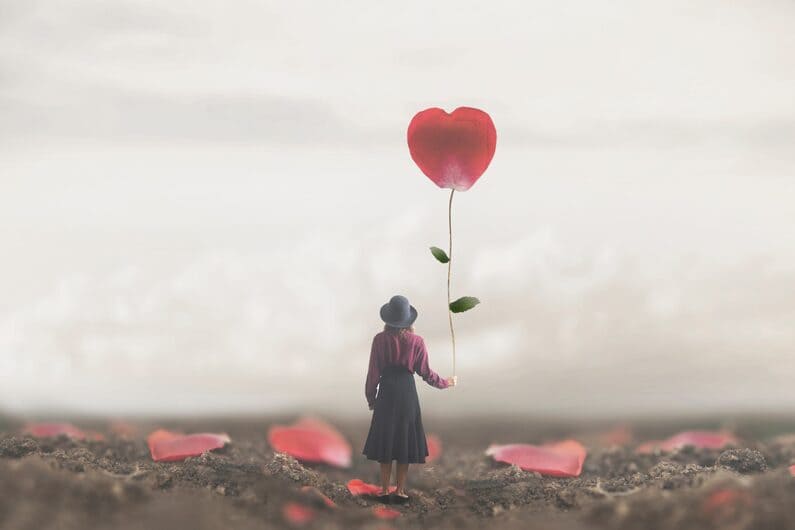 Share with a woman who needs hope!
Twitter2.6kFacebookEmailMessengerPrint
2.6k
SHARES

Everyone knows what physical abuse is. When we think of the word “abuse,” we think of hitting and punching, and we see black and blue. If a woman comes forward with evidence of physical abuse, she will usually find support in the church for domestic violence.

But what if a woman comes forward and says her husband doesn’t take responsibility for his behavior and instead puts that responsibility on her, somehow.

What does that mean?

What is Emotional Abuse?

Emotional abuse is the most common type of abuse, and it’s rampant in our churches.

Because emotional abuse is hidden, unrecognizable, and untraceable. It’s the “acceptable and excusable” abuse of choice for Christians.

Often, the victim herself is completely unaware that she is in an emotionally abusive relationship, and the abuser is in such complete denial that he is unable to see how destructive his behaviors are to his partner. That he is causing domestic abuse.

Emotional abuse in a marriage can go on for years before anything is done to stop it, and even then, getting out of an emotionally abusive relationship can be a long, dangerous, and painful road.

I want to tell you about the one key component of every single emotionally abusive relationship.

If this one thing is present in your relationship, you are experiencing emotional abuse. Period.

“My husband doesn’t take responsibility for his behavior.”

That’s it. You can have an infinite number of variants as far as specific behaviors and abuse tactics, but boil it all down, and you get this at the bottom of the pan every. single. time.

This means you can’t ever resolve anything.

If you go to an emotionally abusive partner with a bit of feedback about anything, you will get nowhere. He doesn’t want to hear what you have to say.

Here are some examples of how this might play out:

Wife: “When you did/said such and such, it hurt.“

Husband: “That’s ridiculous. I didn’t do that. You misunderstood. Why do you always have to jump to the worst conclusions? Can’t you even trust your husband? What kind of person does that? You’re always on my case about everything.“

The wife feels unloved, unheard, stupid, and can even question her sanity. Did she misinterpret his tone? Did she make it up in her head? Is she being unfair and mean? When this kind of thing goes on for years and years, she can start to question her reality and even her sanity.

It causes so much doubt in emotionally abused people.

Wife: “While I’m gone, can you change the baby’s diaper before he goes to bed? You forgot the last three times, and he woke up soaked.”

Husband: “What? Are you crazy? I’ve never done that. I think I know how to take care of a baby for crying out loud. Why do you always have to nag about everything? You treat me like a child. It’s so disrespectful.”

The wife feels caught. She feels bad for her baby, and she feels like she can’t remind her husband of anything without being accused herself. She doesn’t want to treat him like a child. She wants to respect and honor him as a good wife should.

So she feels bad that no matter how hard she tries to show him respect, he only views her as the opposite.

She also wonders if she is crazy. She could have sworn the baby was soaked the last few times her husband put him to bed. But he seems so sure…maybe she was wrong? Maybe the baby just peed a lot during the night?

Wife: “Can I go out with a friend next weekend?“

Husband: “I suppose. I never go out with my friends.“

Wife: “But you can go out any time you want to -I’d be fine with that!”

Husband: “Doubt it. It’s your day, as usual. Do whatever you want.” (Deep sigh.)

The wife feels guilty. Uneasy. Like she is taking advantage of her husband and displeasing him.

If she is in a subculture that says wives must please and spend time with their husbands at all times and put their interests first, she may even choose to stay home knowing that would make her husband “happy.”

Wife: “You committed to such and such over a year ago, but I’ve noticed that you haven’t followed through. When will you keep that commitment?”

Husband: “Don’t you have something better to do with your life other than getting on my back all the time? What is your problem? Why do you have to make such a big deal out of everything? I’ve been busy. Can’t you see that?”

The wife feels guilty even though she hadn’t mentioned the commitment for a year. She feels like she can’t remind him, yet she will suffer the consequences of his lack of keeping the commitment.

Other typical emotionally abusive responses to the wife’s input or feedback:

They are critical, deceitful, and lack empathy. They are not convicted of wrong-doing, and they don’t repent. The typical responses of emotionally abusive people.

To have peace with them, the wife must take responsibility for her sin as well as his (everything is her fault, after all). She has to sweep all issues under the rug and ignore them because bringing anything up invites an attack on her personhood.

All issues remain unresolved, and her feelings, interests, opinions, and desires are worth nothing.

Because her husband is incapable of taking personal responsibility for his own behavior. It’s as simple as that. She becomes a non-person in the marriage.

If she tells someone in the secular world who is familiar with abuse, she will get help.

If she tells someone in her church or family members, she may be rebuked for slandering her husband.

She’ll be told to submit more, make better meals, give more to a better sex life, quit nagging, stop trying to be his personal holy spirit, and other choice rebukes with accusations and assumptions embedded in them.

She hears all these things from her husband, so they are familiar, and she is programmed to believe they must be true.

This is how churches align themselves with the abuser and enable him to dig into deeper denial. It’s not only unloving, but it’s destructive to the entire family as well as to the body of Christ.

The ironic thing is that the church’s desire is to keep the marriage together at all costs to the victims within the marriage (wife and children) – for the purpose of “reflecting Christ and the church.”

In this way, the church aligns with the abusive person’s agenda to keep his property (his wife) under his control. At all costs.

The only trouble is, this kind of marriage isn’t a reflection of the relationship between Christ and the Church. It’s more accurately a reflection of Satan, the accuser, and his attempts to thwart God’s purposes on earth through His people.

As Christians, we are called to TRUTH. To walk in Truth. And that means calling a spade, a spade.

Even if it means being vilified for it.

The most loving thing a church can do is to hold the abusive partner accountable for his mistreatment and his emotionally abusive behavior choices.

If the husband is willing to recognize and take responsibility for his behavior and make the necessary changes towards a healthy relationship, then there is hope for the marriage.

But clocking the wife over the head just because she is an easy target doesn’t save anything. It just aids in the destruction of several human lives.

And no, contrary to pious opinion, this doesn’t glorify God or reflect anything of Christ to the world around us.

What to do with these abusive relationship warning signs?

In case you’re reading this and your mind is spinning.

Several years ago I sat in a coffee shop after spending a night in a quiet hotel room contemplating suicide. I literally spent the entire night wracked with sobs. Every inch of my body was burning with pain inside and out, and I had never been hit.

I was bleeding out, emotionally. I wanted to die. To be done. I didn’t think I could survive another day of insanity.

I felt stuck in a perpetual torturous existence with no end in sight. The only thing that anchored me to this earth was the baby inside my belly, whose birthday was just a few days away.

I sat in that coffee shop the next morning Googling stuff related to what I had been experiencing for 20 years up to that point in time. And what I found from reading other women’s experiences shocked me to my core. I discovered (was forced to face) the Truth about my marriage.

I had a lot of confusion in my marriage relationship, but there was one thing that had been crystal clear from the get-go.

My husband was unable to take responsibility for his own behavior.

He was an emotionally abusive person. Period.

Everyone, friends and family members, told me it was no big deal. It was okay. It was normal.

It was the cornerstone of an emotionally abusive relationship.

I later divorced and remarried. I now know that there are strong Christian men out there who aren’t afraid to be human and make mistakes and take personal responsibility for their own behavior.

I dream of a day when the church will teach and train boys and men to be real men like this. Men who are able to have healthy relationships with their partners based on mutual love and respect.

P.S. I tell a little bit more about my story through my journals in this episode of the Flying Free podcast.

P.P.S. I know men can be abused as well. This blog is for women. If you are a man in an abusive relationship, try www.shrink4men.com.