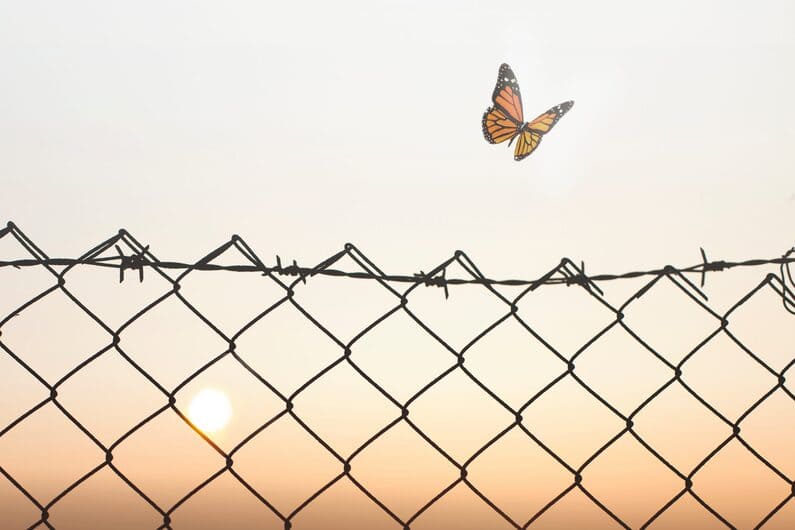 Share with a woman who needs hope!
Twitter2.9kFacebookEmailMessengerPrint
2.9k
SHARES

She wondered if she was going crazy. All she ever wanted was to be a good wife and mom, and she gave her marriage and home all the love, energy, and support she had inside. But something was “off” in her marriage.

No matter what she did, or how hard she tried, she felt like a failure. They couldn’t seem to resolve conflict unless she took full responsibility for everything, including what her husband did, and beg forgiveness for implying he might have done anything wrong.

But wasn’t she supposed to be humble and give up her rights?

Oh, sometimes things seemed fine. They could be okay for days. Sometimes weeks. But then things would begin to fall apart, usually after she had to ask for help, or if she gave him feedback about something she felt was important. This seemed to upset him and turn everything upside down again.

But didn’t all marriages have their ups and downs?

She learned to pick her battles carefully because once he was upset, she had to endure a tirade of accusations and condemnation. The silent treatment. No favors or help for a while. She felt bad if she wanted to go out with a friend. He would say little things that made her feel guilty for abandoning her family and forcing him to take care of the kids.

But wasn’t she supposed to lay down her life and serve her husband and family?

Sex was horrible. She couldn’t have an orgasm even though she read books about it and prayed for help. She couldn’t relax. He made little comments about her body and her behavior in bed, and she felt ashamed and stupid. When they had sex, he did it and got it over with. She wanted him to. It felt impersonal and disgusting. He complained about her inability to “get into it.” There was no emotional connection.

What was wrong with her?

The burden of parenting alone most of the time was starting to break her down. She was getting short with the kids. Exhausted. Burnt out. When he would start in on her, she’d fight back now, saying sarcastic things she regretted later. He would point out what an angry, bitter woman she was. Unforgiving. Disrespectful. He’d tell her “everyone” agreed with him. She had problems.

She began to hate herself.

He was a good man. He was faithful to her. He took the family to church. He read his Bible every day. In fact, he knew the Bible so well, he could pull out Bible verses to support his various observations of how bad she was. She would weep in church when they sang songs about the grace of God. She wanted to feel that grace so badly, but most of the time, all she felt was the condemnation of her husband—and God too—because didn’t He speak through the authorities in her life, like her husband and church elders?

She was pretty sure God was disappointed in her failed efforts at creating a happy, peaceful home for her husband and children. She often locked herself in the bathroom, crying in hopeless desperation on the floor. Begging God to help her be a better woman. Begging God to forgive her. Begging God for some reason to keep trying.

What happened to the woman she used to be, before she got married? She couldn’t remember. Her small-group leader at church told her that marriage would bring out the ugliness hidden inside. So anything good she was before must not have been real. All along, she must have always been an ugly, stupid, angry, failure of a woman. Her marriage just brought that out, and she must be the kind of woman who couldn’t get her act together.

She wanted to die.

How do you know if your relationship is normal or abusive?

Is there an imbalance of control in your relationship where your partner erases you or treats you as “less than?”

Does your partner withhold communication and affection in order to control your emotions and decisions?

Does your partner refuse to take responsibility for their actions and attitudes in your relationship by blame-shifting, denying, justifying, and minimizing their behaviors?

Does your partner use deception to control you? This would include gaslighting (saying things didn’t happen when they did), withholding information, mixing truth with a little lie, and creating doubt and confusion in you.

Does your partner use verbal bully tactics to shame, intimidate, and destroy your self-worth?

Does your partner isolate you by withholding finances (financial abuse) or keeping you from building relationships with others outside the immediate family or controlling when and how those relationships operate?

Does your partner disrespect your boundaries? Are you allowed to say “stop” or “no” without suffering emotional and verbal consequences?

Does your partner overvalue their contributions while undervaluing yours?

Are certain topics off limits?

Does conflict get swept under the rug, never to be resolved?

Does your partner give orders or manipulate things to go his way?

Is trying to solve your partner’s problems and manage their emotions all you can think about? Do they steal your attention from everything and everyone else, including God, so that your focus is constantly on them? Are they the center of your confusing, painful world?

Do you have a desperate sense of having died, somewhere deep inside? Emotional Abuse is an Epidemic in Many Religious Circles

Emotional abuse is an epidemic in conservative Christian circles where there is a built-in belief system that says men are supposed to be in a power-over position related to women. For some men who respect and honor women, and in particular, their wives, these beliefs don’t affect their marriages on any practical level.

However, for the rest of the population, this erroneous belief feeds into the underlying attitudes as well as subtle and not-so-subtle behaviors of men toward women. The practical outcome of such attitudes and behaviors is the destruction of women and children from the inside out.

Emotional abuse is particularly rampant because it flies under the radar and is hard to prove. Women in emotionally abusive relationships can be significantly affected by a simple glance, gesture, or slight change in the tone of voice of her abuser—things that would never be noticed by anyone standing near. Even if you did point it out, others wouldn’t believe it was abusive, not knowing the inside, chronic history of the couple.

This is why, when Christian women do come forward to disclose emotional abuse, they are most often not understood or believed. All their husband has to do is present his “innocent” side of the story (which discounts the woman’s experiences and feelings), and church leaders and others dismiss her story as a hysterical, ungrateful wife’s dripping, complaining spirit. Surely it is she who is the real problem in such a marriage.

And of course, the abuser enthusiastically agrees.

So the hidden abuse continues, unchecked, until the woman finally gets to the place where she is falling apart physically. Emotional abuse targets, if not treated, will eventually present with physical ailments including heart palpitations, panic attacks, gastrointestinal issues, anxiety disorders, depression, self-harming behaviors, migraines, chronic fatigue syndrome, autoimmune disorders, thyroid disease, and other hormone imbalances.

Emotional abuse is physical abuse of a genius, covert kind.

It has been the most prevalent attack on the female gender throughout history, and it is supported and encouraged in our churches all across the world in the name of God. What a tragic twisting of Scripture. What a slap in the face of Jesus Christ, Who modeled true love and respect for both men and women, equally.

“There is no longer Jew or Gentile, slave or free, male and female. For you are all one in Christ Jesus.” Galatians 3:28

What You Can Do About It

If this doesn’t sound like your marriage, that’s terrific! You are fortunate to have met and married a good partner. Many people marry in their 20’s before they’ve had a lot of life experience. It’s a gamble in many ways. Abusive partners don’t present as abusers in the beginning. There are several red flags to look for, but many young people have no idea these signs should be taken as serious deal-breakers. Emotions have a way of getting in the way of reason.

Here’s what you can do, though. You can bookmark articles like this and websites like mine in case you suspect a friend or family member might be experiencing these things in their marriage, and you can share them at an appropriate time.

You can educate yourself on what emotional abuse is. I estimate that for every five couples in your church, two of them are emotionally abusive. And that’s a conservative estimate. Be ready to help them with support, information, and most importantly, VALIDATION. These people are not lying. They are often scared to death to tell someone for many reasons. They’ve got a long journey ahead of them (find out how to heal), and they need someone in their corner.

But what if you ARE in an emotionally abusive relationship? What can you do? Here are some ideas:

Emotional abuse survivors are some of the most empathic, honest, hard-working, intelligent, problem-solving, persevering, responsibility-takers on the planet. I’ve worked with dozens of them, including doctors, business owners, teachers, and nurses. Abusers often select warm, flexible, shining stars to eventually control and suck dry.

The woman at the beginning? She went through some grueling steps, but she got out, and now she is strong and coming into her own.