Who Burned the House Down? 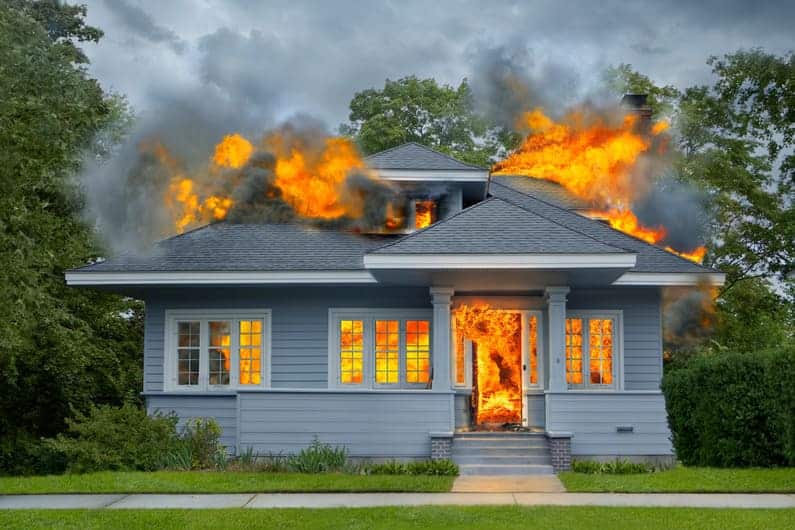 Share with a woman who needs hope!
Twitter5.8kFacebookEmailMessengerPrint
5.8k
SHARES

I wrote this analogy several years ago in one of my bazillions of efforts over the years to get my beloved religious community to recognize what was happening in my home and help my family.

It didn’t work. They just threw more gasoline on the fire and made jokes about it in church parking lots.

Then they excommunicated me.

But maybe this analogy will help you.

Who Burned the House Down?

It’s like my husband spent our marriage throwing gasoline all over our home. Nobody could see it, but I could smell the fumes. They threatened to suffocate me.

I knew that if I lit a match to illuminate the truth about the gasoline, I would burn our home down. I was warned, in so many words, never to light that match. The house would burn to the ground, I’d lose everything – my home, my marriage, my friends, my religious community, my reputation, and it would be all my fault.

God’s Name would be smeared in the mud all because of me. I was afraid to live there anymore, and I was afraid to attempt an escape. I was poised on the brink of a cliff for years.

And he relentlessly continued to pour the gasoline.

I tried telling people on the outside about the gasoline – hoping they would help me.

But they didn’t believe me.

They couldn’t see it, and my husband made sure not to be in the middle of throwing it when anyone walked by.

When I screamed at him to stop, he would smile and get out another gallon, saying, “Tsk, tsk. Such an angry woman. You’ll destroy your house one day with that attitude, you know.”

I knew that the only way I could be set free it is if I lit the match, but I didn’t want to burn it down.

The thought of that kind of colossal loss overwhelmed me. Better to stay in denial. Pretend it wasn’t happening.

Maybe he would stop if I left him alone. If I could just be good enough, maybe he would forget about throwing the gasoline.

Also, I knew everyone would think I was the one who burned the house down. They wouldn’t see that the problem was the gasoline.

I cared too much about people’s opinions, and not enough about the safety of the people in the house with me.

I didn’t care enough about the truth. The truth was too hard to bear up under.

After two decades, I knew I was suffocating, and the kids were suffocating. The house was being destroyed from the inside out. The stench was overwhelming, and I realized we were all dying anyway.

Our only hope now was to shed light on the problem.

I lit the match.

The walls went up in flames, and I screamed for help.

I tried to get out with my kids. But almost everyone did exactly what I was afraid they would do.

They casually walked by, shaking their heads saying, “Nope. Why would anyone help a woman who BURNS HER OWN HOUSE DOWN? How UNCHRISTIAN! How UNFORGIVING. How BITTER. She obviously doesn’t know the God WE know. In fact, she needs to be erased altogether. Let’s burn her out here, where everyone can see what a horrible example she has set for our religious community of obedient folks who would NEVER lie and whine about imaginary gasoline.”

Now they are dragging me out to a stake, and with their arms around my gasoline-throwing husband, they are handing him a match. He gets to light the wood beneath my feet.

But wait. WHAT?! Where is she? Where did that rebellious, delusional whiner go? She’s not here anymore!

No, I’m not. My Creator took me by the hand and led me away. I’m laughing at the future, walking in freedom, breathing fresh air, and focused on the life my Creator gave me to steward.

I don’t know what God they worship, but it isn’t the One I worship.

The gasoline thrower and his religious supporters are still spraying gasoline all over their corner of their upside-down crazy world, and they can get away with it over there.

Because in “crazy world,” if you can’t see it, it isn’t there.

Yeah. I don’t live there anymore.

P.S. If you’re suffocating under the toxic fumes of gasoline spread all over your house, consider joining the Flying Free Sisterhood program. It’s a group of women who lit the match. They know the gasoline in your house is real even if no one else in your life does.