Is a woman’s “sin” of swearing worse than a man’s sin of abuse? 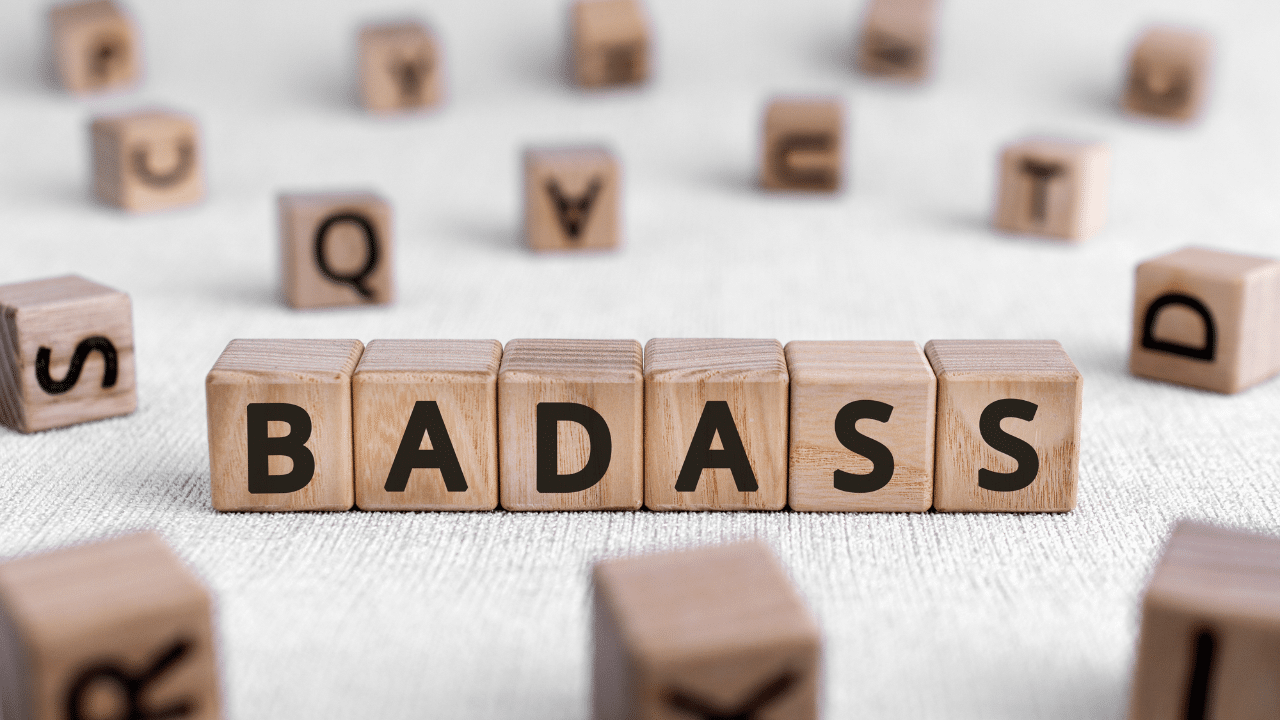 I get life-giving feedback almost every day. Makes my job a joy.

But I also get letters like this little gem:

I’m a Christian pastor. May I respectfully ask: why do you swear in your email, immediately after stating that this program is for divorced Christians? How is that glorifying God, or pointing women ultimately to Christ as their life (Colossians 3:1-4)? It seems quite inconsistent.

I wish you well. Thanks for your time.

The program he was referring to is Flying Higher, my program for divorced Christian women.

The swear word he was referring to was “badass.”

The Bible verses he selected to chastise me with were these:

“Since, then, you have been raised with Christ, set your hearts on things above, where Christ is, seated at the right hand of God. 2 Set your minds on things above, not on earthly things. 3 For you died, and your life is now hidden with Christ in God. 4 When Christ, who is your life, appears, then you also will appear with him in glory.”

It’s a bit of a stretch, but I’m guessing he was thinking of “badass” as earthly?

It was hard for me to feel chastised by God with that particular selection of verses. I mean, if I were going to passive-aggressively beat someone upside the head with the Bible for saying “badass,” I’d have chosen Ephesians 4:29

“Do not let any unwholesome talk come out of your mouths, but only what is helpful for building others up according to their needs, that it may benefit those who listen.”

The only problem with that verse is that I was using the word “badass” to build women up and benefit them.

Oi. Such a confusing conundrum.

In our culture today, in the context in which it was used in my email, a badass is a “formidably impressive person. Excellent.”

It’s just my personal opinion, but I think it’s the perfect word to describe what Christian divorced women can become as they are empowered to live into their God-given personhood as daughters of the King.

It’s cultural slang used in the way “sick” is used to mean awesome or amazing. To imply the polar opposite of the normal meaning of the word.

An “ass” is a donkey (used in the Bible like, a lot), but the word is also used to mean a foolish or stupid person in some contexts. And, it can also refer to buttocks in other contexts.

Now, there may be some reading this who think this letter was a perfectly innocent, loving letter from a good man who means well. And that’s fine. I envy that viewpoint, and if it makes you happy and serves your life in some way – then keep it.

I would have shared your viewpoint ten years ago. My brain actually wanted to give pastors credibility while throwing myself under the bus in a heap of sorrowful shame. I was programmed to do that since I was a small child.

But after 40 years of watching and experiencing copious amounts of emotional, spiritual, and sexual abuse through three different churches and two families – in addition to talking with thousands of Christian women about their experiences – and reading hundreds of letters like this one written to Christian women – as well over 200 books about how emotional and spiritual abuse works – that’s a view I can’t afford to relax in and enjoy anymore.

I can sniff a fraud a mile away. No. For real. I’m like a bear that way. My husband will tell you it’s one of my superpowers.

There are Christians who are largely unaware of current cultural norms and are therefore unable to relate to, enter into, or hold space for all the people who live inside of that culture. This is actually something they have the opportunity (and responsibility – especially if they are a pastor) to grow in if they:

1. Are willing to humble themselves and have a learning mind instead of believing they are more spiritual than everyone else because they don’t swear, drink, or wear pantyhose (or is it if they DO wear pantyhose? Augh, I can’t ever remember which is right or wrong when it comes to the pantyhose. I’m pretty sure I know the rules about bras though.)

2. Desire to imitate Jesus Christ who was 100% all in on the culture He was born into. You know. Because…LOVE.

Remember that Jesus angered the pious pastors of his day too. Why? Because He was breaking all their rules.

I’d rather be in the trenches making mistakes and getting messy but also helping women be badass than on a pedestal making sure I’m never making any mistakes and pleasing all the RH’s of the world.

Who are we worshipping anyway? Men or God?

I’ll take Jesus over fraudulent authority every day of the week and twice on Sundays.

If this pastor had continued reading in his Bible, he would have eventually come to these verses in chapter three:

12 Therefore, as God’s chosen people, holy and dearly loved, clothe yourselves with compassion, kindness, humility, gentleness and patience. 13 Bear with each other and forgive one another if any of you has a grievance against someone. Forgive as the Lord forgave you. 14 And over all these virtues put on love, which binds them all together in perfect unity.

And if he had read the chapter before chapter three, he would have read this:

2:18 Do not let anyone who delights in false humility…disqualify you.

And he would have also read these verses:

20 Since you died with Christ to the elemental spiritual forces of this world, why, as though you still belonged to the world, do you submit to its rules: 21 “Do not handle! Do not taste! Do not touch!”? 22 These rules, which have to do with things that are all destined to perish with use, are based on merely human commands and teachings.23 Such regulations indeed have an appearance of wisdom, with their self-imposed worship, their false humility and their harsh treatment of the body, but they lack any value in restraining sensual indulgence.

But he was miffed at me (in the kindest, most holy way) for using the word “badass,” and the man couldn’t see or read straight after that.

As one of our Flying Free community members wrote in our private forum:

“You [spiritually] blind guides, who strain out a gnat [consuming yourselves with miniscule matters] and swallow a camel [ignoring and violating God’s precepts]! God’s precepts to love and care and to stand for justice…”

Poor man. Does he not understand what badass even means especially in the context of escaping abuse? This is another example of invalidating and turning a blind eye to the actual problem. Blind guide of the blind. God help us all to open our eyes.”

I wasn’t going to respond. I deleted the email and took him off my mailing list because he is obviously not a Christian female abuse survivor.

But then I thought about how these guys arrogantly (using spiritual rhetoric, of course – to fool good folks who don’t have a lot of experience with frauds) push their weight around trying to shame women back into “their place.” And I wanted him to know I wasn’t ashamed for saying “badass.”

And he didn’t fool me.

I was amused that he, a grown ass man, couldn’t hack it. (Oh dear…there’s that word again. My little boys get very upset when they hear a swear word. But they have the excuse of being sensitive little boys rather than mature men.)

And I was grieved that he was using his position as a representative of Jesus to wield the Bible like a weapon of control in order to assuage his childish sensitivities.

And then I was mad to think that it’s very possible (probable?) he’s just being a condescending ass who believes he’s God’s gift to the world, destined to force everyone into being as holy and amazeballs as he is. (I know – this last one is me being messy. I’m a work in progress, no doubt about it. But I’m also probably right.)

So many thoughts and emotions. I own every single one. I’m a hot mess.

But ashamed? I did not think any thoughts that would cause me feelings of shame.

Crazy in love with Jesus (who was also pretty badass),

I get kind of snarky sometimes. But I really do love Jesus with all my heart, and that’s why letters like this are a problem for me

Ladies – remember what Paul says in Colossians 2:18 Do not let anyone who delights in false humility…disqualify you.

P.S. Ten years ago a letter like this would have had me weeping in my tea from shame. If you struggle with the fear of men, I’d love to help you deprogram from spiritual abuse so you can live from a place of peace and love and freedom, knowing you are wildly beloved by your Creator. There is no shame when we are daughters of God and actually live into that reality. Join me in the Flying Free Sisterhood program. If you aren’t badass today – you will be SO badass after spending a year with me. Go HERE to learn more.